Academic dishonesty such as plagiarism has become one of the most serious problems in the educational circles, and is widely commented among college students and experts. Some students criticize plagiarism while some professors consider it as less wrong and even something that has social values. The following are opinions from both sides. Read the excerpts carefully and write your response in about 300 words, in which you should:

1. summarize briefly the opinions from both sides;

Lisa: Every year we may see or hear students engaging in different forms of academic dishonesty. In my opinion, academic dishonesty should be condemned for it is an act of stealing in its nature. As we all know,coming up with a brilliant idea, working out a sound plan, or proposing a theory is a very demanding task. One may have to rack his brains and work day and night until he can generate his own ideas. That's why originality and creativity are highly valued in the academic circle, and stealing others' opinions or research findings is considered as dishonorable and often results in severe consequences. Once students are found academic cheating or plagiarizing, they will receive grade-related penalties. Some may even be suspended o permanently expelled from the university.

Wang Xin: As far as I see, academic cheating and plagiarism bring severe harm to the students, the academic circle and our society. Academic dishonesty assumes that the end justifies the means and that the grade is the most important thing. In other words, the mind of the cheater is like this:"What really matters in college is my GPA. There is a lot of pressure to have a high GPA. Therefore, I will do whatever is necessary to have a high GPA, whether or not it's honest." However, grades are not all-important. What really matters is the process of learning, the mistakes we make during learning and the correction of these mistakes. Those who cannot realize this will never succeed in their academic career. Furthermore, academic dishonesty will diminish the overall value of scholastic achievements on campus. Thus academic dishonesty should be severely criticized.

Richard A. Posner (Senior Lecturer at The University of Chicago Law School): Confusion of plagiarism with theft is one reason plagiarism engenders indignation. Plagiarism of work in the public domain is more common than otherwise. Consider a few examples: West Side Story is a thinly veiled copy (with music added) of Romeo and Juliet, which in turn plagiarized Arthur Brooke's The Tragicall Historye of Romeo and Juliet, published in 1562, which in turn copied from several earlier Romeo and Juliet, all of which were copies of Ovid's story of Pyramus and Thisbe. Paradise Lost plagiarizes the book of Genesis in the Old Testament. Classical musicians plagiarize folk melodies from earlier classical works. Woody Allen's movie Play It Again, Sam "quotes" a famous scene from Casablanca. Countless movies are based on books, such as The Thirty-Nine Steps on John Buchan's novel of that name or For Whom the Bell Tolls on Hemingway's novel. Many of these "plagiarisms" were authorized, and perhaps none was deceptive; they are "allusion"rather than "plagiarism". But what they show is that copying with variations is an important form of creativity, and this should make us prudent and measured in our condemnations of plagiarism. 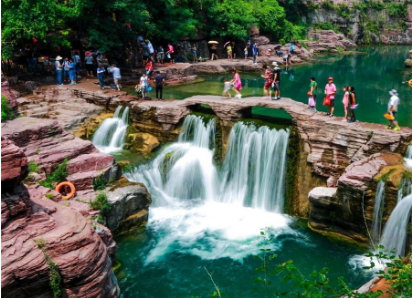 My View on Academic Dishonesty

Today's world is a world of innovation and knowledge. Nevertheless, there are frequent and prevailing plagiarism. Actually if you look up an academic paper on a particular topic with a search engine, you may find that a lot of the results are similar. Many students and educators have condemned the harm of academic dishonesty. College students hold that academic dishonesty does great harm to the society by compromising social long run, it contributes to the depravity of people's mind and would corrupt our society. However, some that plagiarism represents creativity in the academic field, and drawing inspiration from others' work should not be condemned.

I find it hard to argue with the experts, because the creation of liberal arts is very subjective. It can hardly be defined as plagiarism when two artists choose similar elements to express a universal theme. Besides, academic be blamed for its harm to our society. First of all, it destroys social equality and justice, which becomes the development of the society. Thanks to the perseverant and enthusiastic research of scholars, there is t progress in almost every field. Academic dishonesty would undermine the efforts made by those dedicated would absolutely weaken the activity and motivation of them. What's more, the influence of plagiarism is no the development of science. It also undoubtedly damages the reputation and image of our country's academic whole. That's why we should not allow plagiarism to corrupt the academic field.

In sum, I think we can be creative and innovative with others' work as instruction or reference. But being what leads to success in the end. A little progress is always better than a dishonest breakthrough. Be hones can build a clean academic environment together.

A little progress is always better than a dishonest